I don’t really know what to say about Nicole Scherzinger. She’s beautiful, talented and has a fantastic body yet her solo career hasn’t exactly gone smoothly. Normally I’d say that being hot isn’t enough to win over the general public but, A) I’m not so sure that’s true and B) Nicole has more than enough talent to hold her own with some of the world’s biggest pop divas. Perhaps the market is just too saturated these days. Perhaps there’s something about Nicole the general public doesn’t connect with. Perhaps the songs she’s chosen as singles haven’t been all that great. I’m going to go with the last perhaps. I still believe she’ll have that hit she’s after one of these days. All the same, Nicole doesn’t seem too concerned with all that in these photos from her vacation with Lewis Hamilton in Italy. She seems like she’s pretty relaxed. I say good for her. No need to worry about Nicole. I think she’ll be fine no matter what happens. 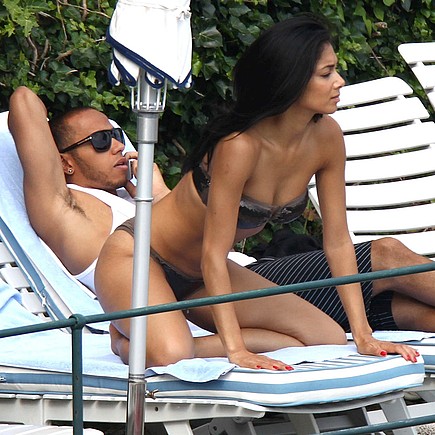