Nicole Scherzinger is one sexy pussycat. Although it doesn’t seem she can launch a solo career as much as she wants to try, Miss. Scherzinger doesn’t seem to mind. Why would she? The Pussycat Dolls are just as popular as ever, she took home that coveted disco ball on Dancing with the Stars and many people consider her one of the sexiest women in music. That’s likely because she is. She is an exotic, ravishing beauty with a body that could make a man beg and a face that begs to be photographed. Here in France, Nicole shows us that while she has the pipes and the talent to make her a force to be reckoned with in the music industry, her body certainly doesn’t hurt. 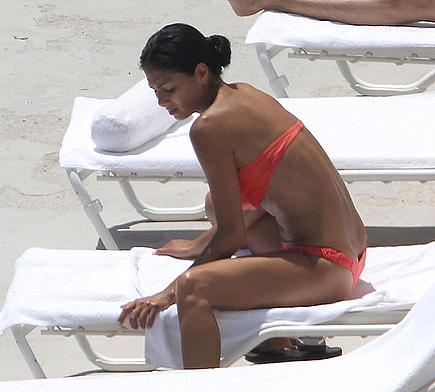