Pregnant Kourtney Kardashian At The Beach

I don’t really care for the Kardashians. There’s just something about people who are just famous for being famous that always sits wrong with me but that doesn’t mean I want to see them looking sad and I can’t deny Kourtney looks sad in a few of these pictures. Perhaps the sad pictures were just snapped at a bad time because in other photos she seems like she’s having a great time. Either way, it’s nice to see things seem to be going well for her and her husband, although I like him even less than I like the Kardashians in general. There was a show on the CW for a brief period of time called “H8R” and I was one of the very few people who watched it. Kourtney’s husband was on it and I have to say his appearance left me liking him even less. This is the same show that made me like Snooki, Joe Francis and various other celebrities I had a mean dislike going for. If you’re not sure what I mean, YouTube it. It’s horriible. I do miss the show though. Bring back “H8R!” 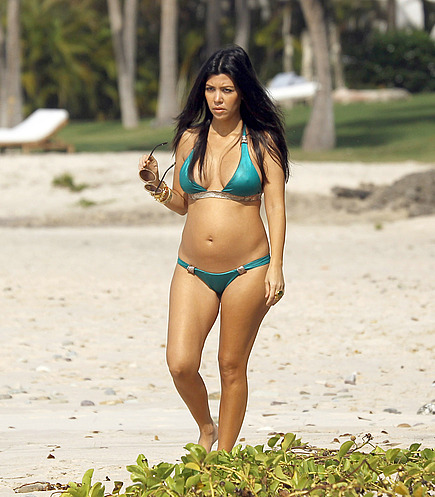