I never really got into “The Cheetah Girls” and I don’t watch “Keeping Up with the Kardashians” so aside from reading her name in a few articles here and there, I’ve never really been all that familiar with Adrienne Bailon. I do, however, remember her from her days in 3LW and her performance in “Coach Carter” and she always seemed like a pretty talented girl. I’m a little surprised to hear she has her own docu-series (which is, I guess, a fancy name for a reality show) called “Empire Girls” coming out. I suppose I expected her to stick more to scripted stuff, but she must have enjoyed her appearances on the various Kardashian reality shows. The series focuses on Adrienne and her best friend and since these photos show her filming “Empire Girls” in Miami, I guess at least some of the series will be based there. I’m not typically a fan of this type of show but I like Adrienne so I’ll check it out. It could be interesting. 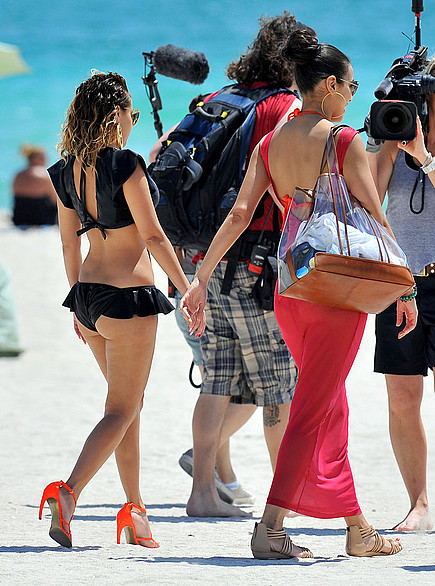