If you’ve paid attention to the Coachella Valley Music and Arts Festival in Indio, California, or at least to the coverage of the celebrities who were hanging out there, you probably already know Emma Roberts was there as she showed up wearing something a lot more revealing than what she’s wearing here. It’s Coachella, though. I don’t really see the big deal. People have worn a lot less to the same event. It would be like getting bent out of shape with women going topless at Woodstock. I think a woman should wear whatever makes her feel comfortable. I also happen to think Emma looked good wearing the outfit that upset so many people although I happen to prefer what she’s wearing here. She looks comfortable and cute. I’m not going to complain. 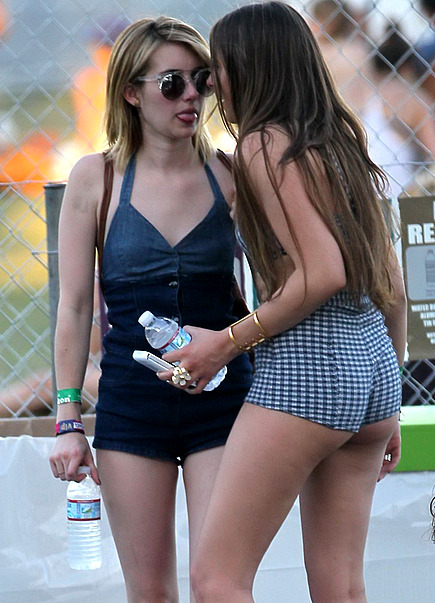