Sorry folks, I have no sympathy at all for someone who sleeps with someone else’s spouse. None. It’s shady. It’s hurtful. It’s nasty. When I heard Rachel Uchitel was checking into ‘Celebrity Rehab’ I had to ask myself – what exactly makes her a celebrity? She boinked Tiger Woods. That apparently wasn’t a hard task to accomplish considering half of the United States seems to have done it. The mere fact she signed on for ‘celebrity’ rehab as opposed to, ya know, the normal kind of rehab, makes it pretty obvious what she was doing sniffing around his golf club in the first place. This fame-seeking attention-whore has said people wouldn’t hate her if they knew her, but honey, if you want people to like you, you probably shouldn’t be humping married men – with children, no less. Anyway, all that aside, I suppose the chick looks good in a bikini – nice body and all and in the end, I guess that’s what really counts in Hollywood. 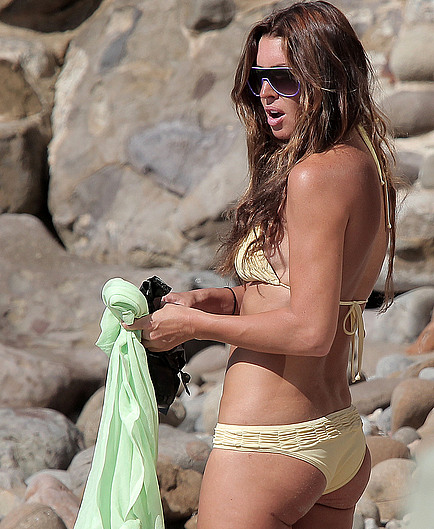