I know I talk a lot about how much I love Geri Halliwell, but it’s the truth and I’m going to talk about it again. She was always my favorite Spice Girl and for me, the Spice Girls were done the day she left. Geri has always had just the right amount of sass and personality and I love that about her. It doesn’t hurt that she’s still pretty hot, even after all this time. I actually prefer this more mature Geri over the younger Geri that relied on makeup, crazy hair and skimpy outfits to be sexy. Here in Italy, Geri proves you don’t need all that extra stuff to be sexy – a well fitting bikini and a casual sort of attitude is all you need and it works for Geri. Love her! 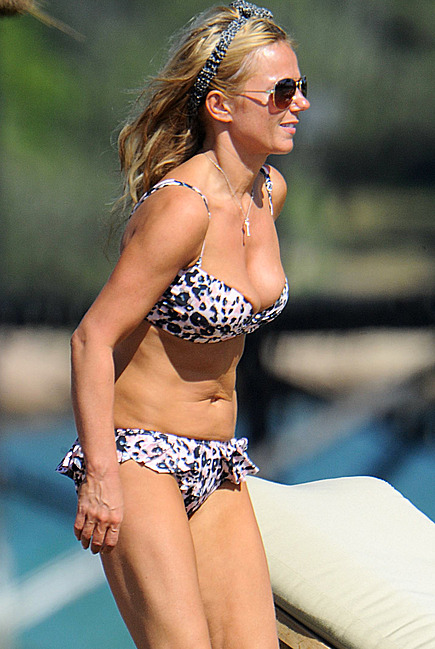