I know Katy Perry takes a lot of guff for her often revealing stage attire, but I don’t really see the big deal. Katy is a grown woman. If she wants to show a little t & a that’s her right and I’m fine with it. I love the pictures and I love that she at least has fun with it. She isn’t hung up on looking like a sexpot all the time. Her stage costumes have a little bit of personality at least and I appreciate that. I have seen far younger girls than her (Miley Cyrus and Taylor Momsen come to mind) wearing clothes that are just a provocative as Katy. I have a much bigger problem with those girls hitting the stage in next to nothing because they’re just girls. They’re not adults. Is Katy a bad role model? Perhaps, but she’s no worse than any of the other women out there in popstar land who do the same thing. Here at the UCF Arena in Orlando, Katy looks like she’s having fun and she looks good while she’s doing it. No complaints from me there. 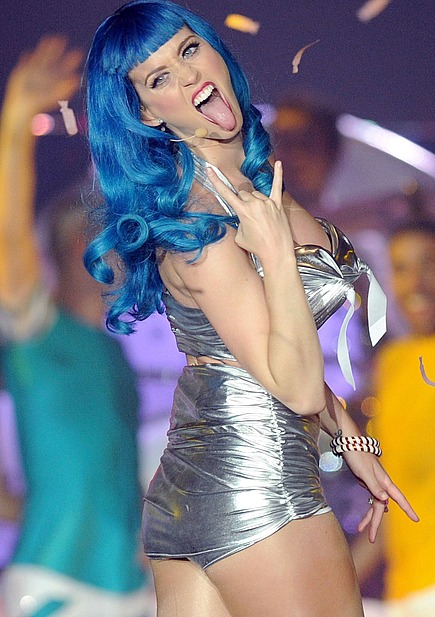