It’s good that Taylor Momsen has The Pretty Reckless to fall back on if her acting/modeling career doesn’t work out because they seem to be doing quite well. Performing live at C-Club in Tempelhof, Berlin, Germany, Taylor owns the stage and works the crowd like any good front person does. I actually really like The Pretty Reckless even if I’m not completely sure how I feel about Momsen yet. She is a girl beyond her years – at least as far as her stage attire goes. I’d bitch about the fact that she isn’t wearing pants again, but hey, at least she wore a jacket for at least part of the performance. I’m not sure I buy her whole “I’m a punk rocker” deal, but whatever. She may have parted ways with ‘Gossip Girl’ and her high profile gig as the face of the Material Girl clothing line, but if she keeps herself together, she could easily have a successful career in music. 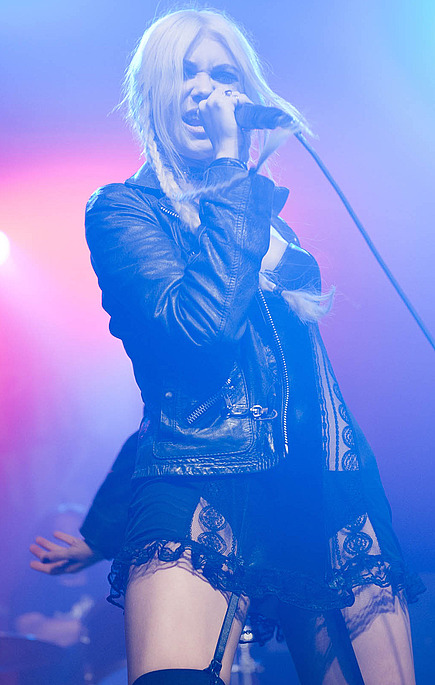