I love Selena Gomez and I love Vanessa Hudgens. These pictures from the set of “Spring Breakers” have me even more excited for the movie than I already was. I think it’s going to be a good one but I have to be honest, I already had my mind made up about this movie the moment I heard James Franco was involved. I love that man in ways that can’t be described with mere words. Although it’s entirely possible this movie will be terrible, I think it’s going to be a lot better than a lot of people think it will be. Again, the honest thing – I’ve never seen a Selena Gomez movie I’ve enjoyed. I kind of liked “Beastly” and enjoyed “Sucker Punch” (both feature Vanessa) more than I thought I would. I think this could be the movie that changes that record for both of these girls for me though. Are my hopes to high? I guess we’ll see when “Spring Breakers” hits theaters. 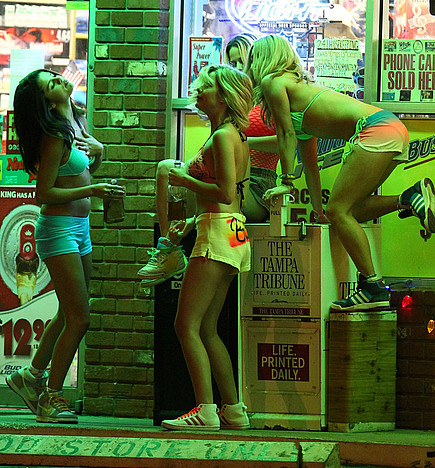