Selena Gomez Is Happy. Her Dress Tells Me So.

The problem with being a Disney star or a Nickelodeon star is pretty obvious. Your fans don’t want you to grow up. They want you to stay the same. What people don’t realize is that just doesn’t happen. People grow and mature. They change. If stars like Selena Gomez want long lasting careers they have to figure out how to make the transition into more mature projects as seamlessly as possible. The problem with that? Once you’re pegged with the “teen star” label, more mature audiences aren’t always willing to accept you. Now, with all that said, I don’t think that’s going to be a huge problem for Selena Gomez and these photos from Malibu are a great example of why. She doesn’t seem to be in a hurry to grow up too fast. She still has the playful, youthful vibe even though she’s beginning to grow into a more mature young lady. She isn’t going the Christina Aguilera, Britney Spears, Miley Cyrus route and trying to be an ultra sexy bombshell to attract older audiences. I think Selena has a decent chance of having a long career as long as she keeps making smart choices. 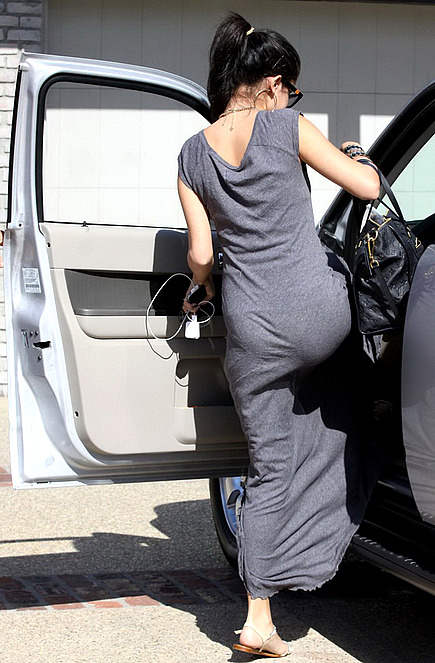