It feels like it’s been forever since pictures of Annalynne McCord have crossed my screen and that’s a shame. I’m actually not a huge fan of her work, but my word the woman is a babe. My only problem with her is that she’s just too darn skinny. I understand that some girls are just naturally thin, but look at her arms. I’m pretty sure I could put my hands around them and touch fingers on either side. With that said, she somehow manages to have a pretty nice ass even without any meat on her bones. Here in Midtown leaving her show, AnnaLynne looks much more clothed than we normally see with her but she still looks hot. I like this classier side of AnnaLynna McCord. Now if she’d just eat a hamburger and put on a pound or two, I’d say she’s just about flawless. 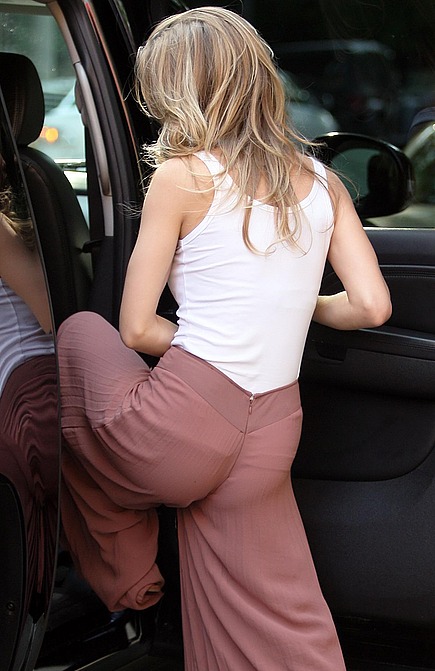