Margarita Levieva is an incredibly sexy woman. These shots of her filming “Revenge” in LA just serve as further evidence of something her fans have known for quite some time now. I’ve counted myself among those fans since 2006 when she played Marcy on “Vanished” and was thrilled to see her on the big screen as Lisa P in “Adventureland”. When she returned to television on “How to Make it in America” I was thrilled. Margarita is the only reason I tuned into “Revenge” and I’m glad I did as I officially have a new guilty pleasure. Basically, I’m a fan – a big fan. She’s not only super sexy but she’s also a talented actress with an eye for great roles. I can’t wait to see even more of her in the future. 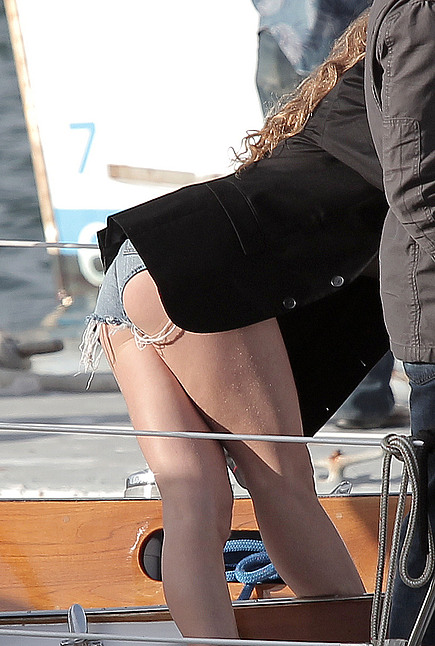