I am often very back and forth regarding my feelings for AnnaLynne McCord but there is nothing back and forth about how I feel about these pictures. Here in LA, AnnaLynne not only looks like her usual stunning self, but she’s also putting a little bit of a retro spin on her usual beach attire. It works on so many different levels. Although I’m not usually a fan of high waisted pants or shorts but they work for me in this scenario. AnnaLynne looks like an old fashioned pin up girl in these photos. This is a trend I can really get behind. I hope to see more women following AnnaLynne’s lead. It’s so much sexier to leave a little something to the imagination – especially on the beach. Well done, AnnaLynne! 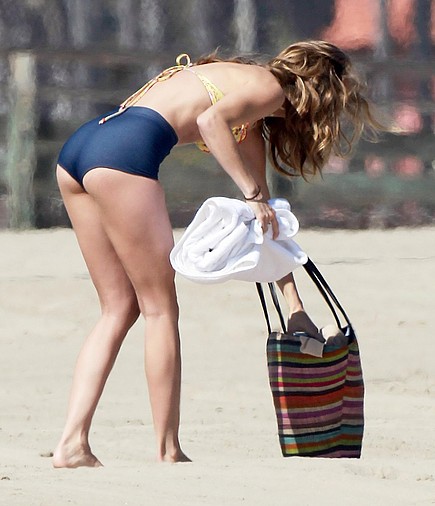