There’s not much to complain about with this Hi-5 member Lauren Brant and “Big Brother” contestant Ed Cherry sighting in Far North Queensland, Australia. Lauren looks absolutely gorgeous in her teeny tiny bikini and there’s even a little man candy to look at for those of us who are into that sort of thing. I’ll be perfectly honest though, I don’t actually know very much about these two. I know Hi-5 is an children’s band of sorts and that they’re featured on a television series of the same name. I also know Ed was a contestant on “Big Brother”. I also know that both of them are in incredible shape and look like they’re having a great time together. I guess that’s really all that matters. 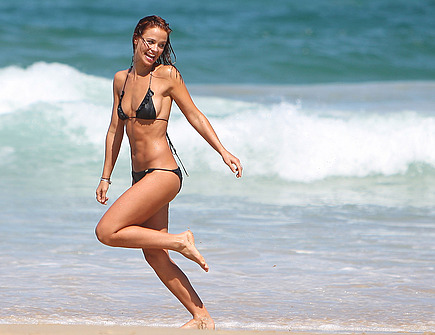