I think Ana Beatriz Barros is an extremely beautiful woman and I’ll talk more about all of that stuff in a moment but first I need to comment on her bikini. I normally don’t really have much to say about the actual bikinis on the girls I write about but this bikini is different. It’s spectacular. I’m not sure if it’s the color, the pattern or the fabric on the hip that makes me love it so much but there’s definitely something. I’m not a bikini girl. When I hit the beach, I’m in cutoffs and a t-shirt but this bikini? I would totally wear that. It probably wouldn’t fit me quite the way it fits Ana but that’s fine with me. Anyway, enough about the bikini. On to Ana. She’s so incredibly beautiful but in such a unique way. I think that’s why she’s always stood out in my mind so much. There are lots of models in the world but there’s something special about Ana that sticks with me. Perhaps it’s that little tattoo on her ankle. Or perhaps it’s just her in general. Either way, I love the woman. Great pictures. 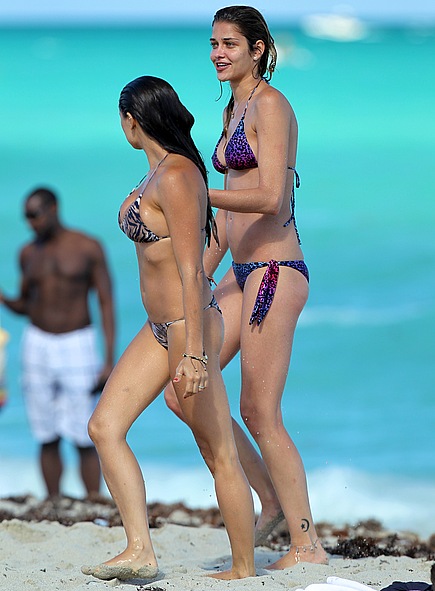