Rachel Bilson is, without even a little bit of doubt, one of my favorite actresses on television right now. I wasn’t a huge fan of “The O.C.” but I liked Rachel’s performance on the show. After the show ended, I sort of forgot Rachel existed until I saw her again in “The Last Kiss” with Zach Braff. It was like I’d fallen in love with her all over again. Now that she’s back on television in The CW’s “Hart of Dixie” I don’t want to let her go. Of course it helps that “Hart of Dixie” just happens to be one of my favorite shows on television. Seriously, more people really need to watch this one. If “Hart” gets cancelled I may cry. If these bikini pictures of Rachel in Barbados aren’t enough to convince you to tune in, I don’t know what else to say. Take my word for it? It’s silly and a little mindless but it’s funny. Team Wade all the way. 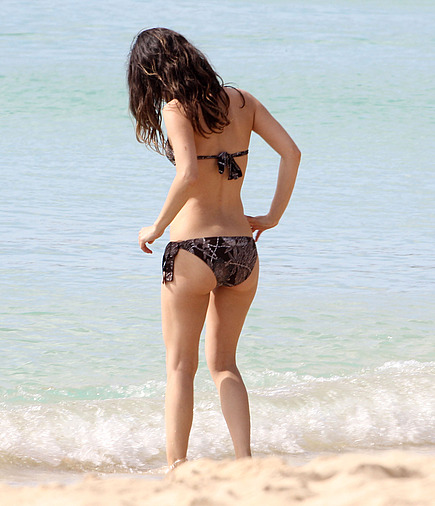