Have I mentioned how much I freaking love Maria Menounos lately? Everything about this girl makes me happy. Goinh into the Super Bowl, Maria publicly stated that if the Pats lost, she’d appear on “Extra” wearing a bikini featuring the Giants team colors. Good on her for following through on that. These pictures (taken from the “Extra” Show in Los Angeles) show the results of that lost bet. To be fair though, from what I understand, she wasn’t the only person a little surprised that the Giants took the big game. I have to imagine that while your team losing the Super Bowl is a crushing disappointment to a lot of people across America, seeing Maria in a bikini – even with the Giants team colors – had to be at least a bit of a consolation prize. 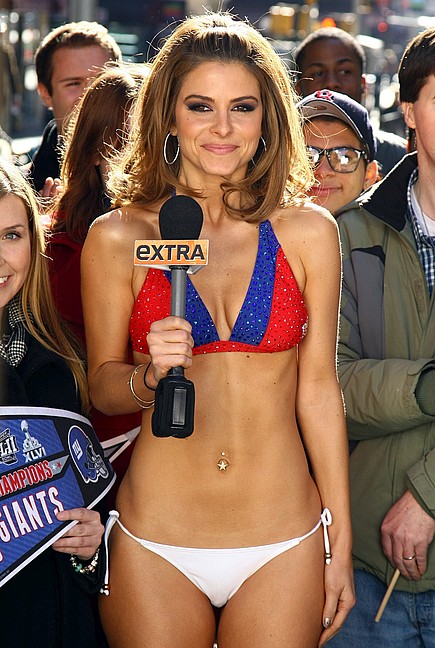