Rumor has it Nigel Lithgow isn’t convinced Jennifer Lopez is really done with “American Idol”. He’s the executive producer so you’d think he’d know. He is hoping she’ll decide to return and share the judge’s panel with newly appointed judge, Mariah Carey. Hmmm … I’m not sure he’s thought that one through. I can’t see the purpose of having two pop-divas on the panel. I can’t even imagine how they’d get along. I suppose it doesn’t really matter because I’m pretty convinced Jennifer’s leaving even if Nigel isn’t. It’s a shame too. Just look at these performance pics of Jennifer Lopez in New Jersey. The woman really knows how to put on a show. She might not be the most talented singer but she commands the stage and I think that counts for a lot in pop music. Plus she’s hot. Super hot. I guess we’ll see how it all plays out in the next few weeks. 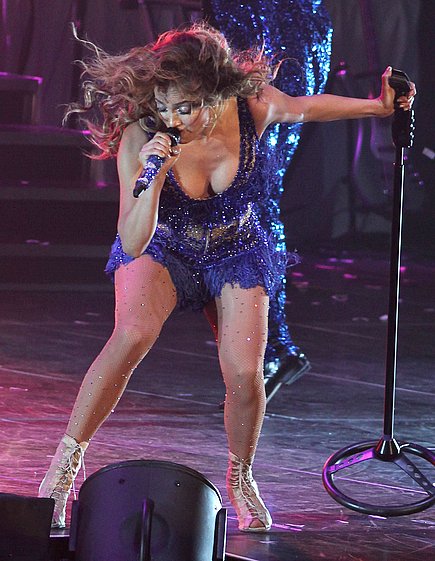