Sofia Vergara Shows Off Her Ass

Barbra Walters named “Modern Family” stars Jesse Tyler Ferguson and Eric Stonestreet among her Most Fascinating People of 2011 but, as much as I love Jesse and Eric, Sofia Vergara would’ve been my choice to represent “Modern Family” on that list. There’s something about this woman that absolutely captivates me. It isn’t the fact that she’s hot as hard as that may be to believe. There are plenty of hot women in Hollywood. It’s her quick wit and the feeling that there’s a lot more than meets the eye with this girl. Sure these pictures of Sofia out and about in pants you can pretty much see her butt through are sexy because, well, you can see her butt, but Sofia’s real appeal runs a lot deeper than the often sexy outfits she wears. She has that something special and that’s what I find most fascinating about her. 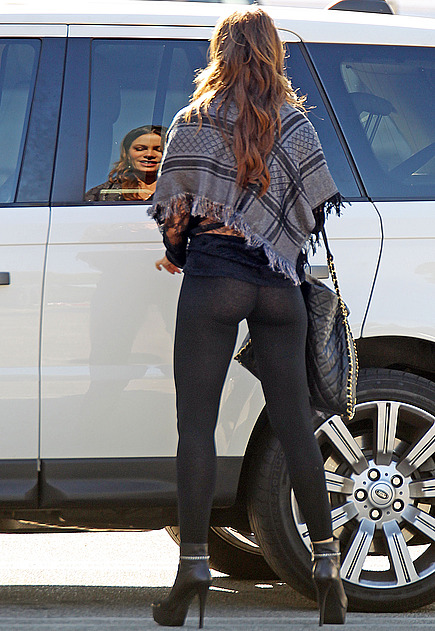