This is normally the part where I’d make some sort of joke about London, France and underpants but Stephanie Davis seems to left hers at home, at least judging from these photos from the British Soap Awards After Party in London. I honestly don’t even know what to say about these photos. I am making a concentrated effort to be nicer in some of these posts but boy it’s hard to be nice about this one. These just scream bad taste on all fronts. I get that wardrobe malfunctions happen but this one was so obviously avoidable. I can’t imagine it was an accident. I have to put some of the blame on the photographers though. While I understand it’s their job to photograph celebrities and while I get they probably make more money off photos like these – and I even understand they probably have families to feed – it still feels so sketchy to me. And then here I am writing about the photos so there’s that. At least she looks cute in the photos where her ass isn’t completely hanging out. 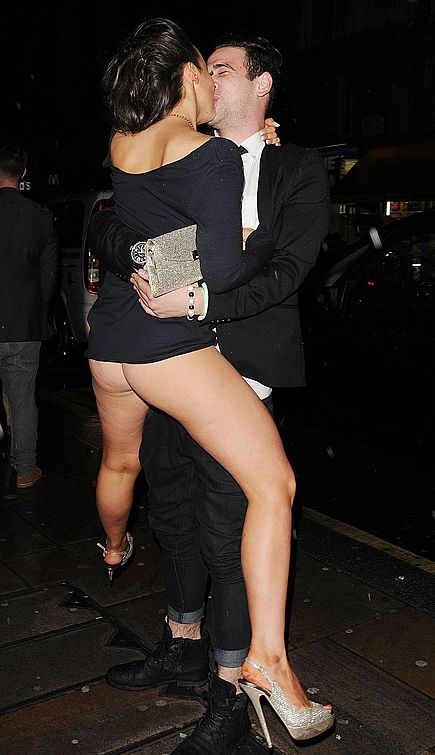