I was going to take the moral high road and not mention the last pictures we saw of Stephanie Seymour on the beach, but I honestly don’t have much to say about her so I’m gonna go there. The last time we saw Stephanie on the beach she was sparking rumors that she might be just a little too close with her son. While some people didn’t really see a problem with them, I was among the majority of this one. Those pictures were seriously creepy. Having a close relationship with your son is one thing – a nice thing – but when you’re looking like it’s about to turn into a full on make out session, its another thing entirely. Anyway, these pictures are a pleasant change from the last, much more disturbing set. I’m actually a pretty big Stephanie Seymour fan. I have been since the Guns N’ Roses “November Rain” video. She looks pretty hot still even if she doesn’t have the best body on the beach. 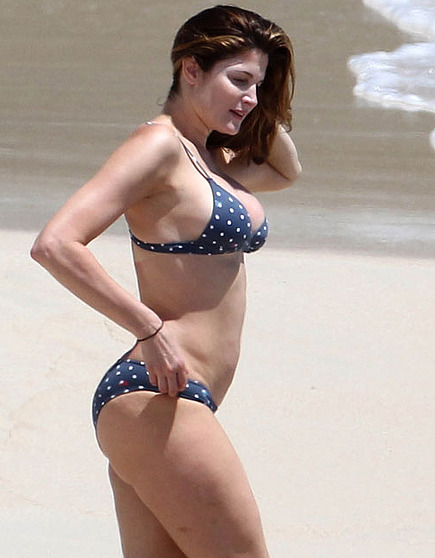