I remember in my teenage years, Lollapalooza was a huge deal. I would’ve given anything to go to even one of the shows. I don’t think that’s any less true these days although other festivals like Bonaroo have stolen some of Lollapalooza’s thunder. With that said, Taylor Momsen must’ve been pretty excited to be asked to perform. Or maybe not. She’s so edgy and apathetic. She probably just rolled her eyes and gave a bored, “whatevs”. In any event, there she is with her band “The Pretty Reckless”, hitting the stage at Lollapalooza 2011 Music Festival in her underwear as usual. I’m kind of over the shock of a girl her age dressing like that at this point. It’s like Lady Gaga wearing something crazy. We’ve seen it all before. If Taylor really wanted to be shocking she’d hit the stage in a pair of jeans and a t-shirt. It would blow people’s minds and might actually allow them to focus on her music which is actually pretty good. 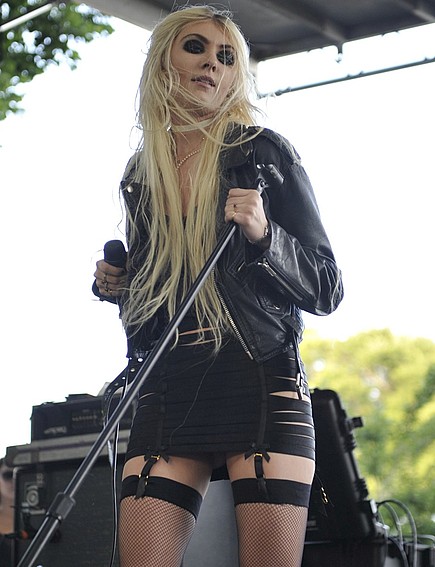