Taylor Momsen Hits The Stage In Her Panties

It seems like it’s been forever since last we heard about little Taylor Momsen. I missed her and her crazy antics. Taylor and her band, The Pretty Reckless, hit the stage at the Tattoo Rock Parlour in Toronto and these are the pictures from that performance. I’m not the least bit surprised to see her in what look like leather panties paired with a black ‘Satan’ tank top and black thigh high tights. The problem with Momsen is that you can’t really call her sexy. I mean, she’s so young it would just be inappropriate. I was kind of growing tired of her half naked antics, but only now am I realizing what a void was left in my life when Taylor apparently decided to put on clothes. I don’t know, folks. I’m so back and forth on this girl, I get dizzy writing about her. 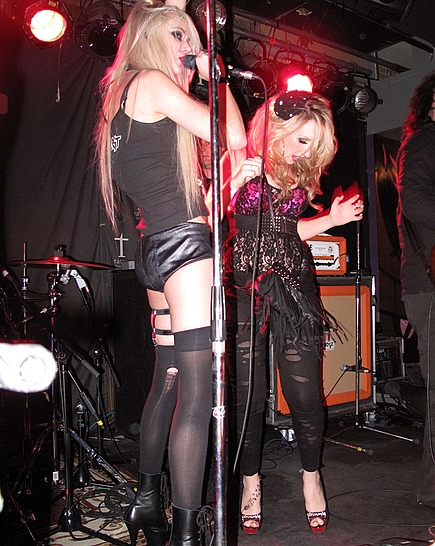