Teen Bride Courtney Stodden Bakes A Cake In Her Underwear

Moments ago, I wrote a post about Courtney Stodden shopping in LA and talked about how I have been too judgmental about her. I’m not sure what order these posts will be published in so if you haven’t already seen that post yet there’s something to look forward to. Anyway, back to the matter at hand. I saw these pictures and thought, no. No. That is not Courtney’s mother posing with her underwear clad daughter as they bake a cake. Then I slapped myself on the wrist for being judgmental and decided to do a little research. I discovered that yes, that is in fact her mother but hey – who doesn’t like baking a cake in their underwear with their mother? In front of cameras? While posing all seductively? My mother would’ve been totally cool with me doing that when I was Courtney’s age. Nope. Not letting myself get all judgy here. Courtney looks very pretty. The makeup doesn’t make her look about ten years older and everything is perfectly acceptable about the whole situation. 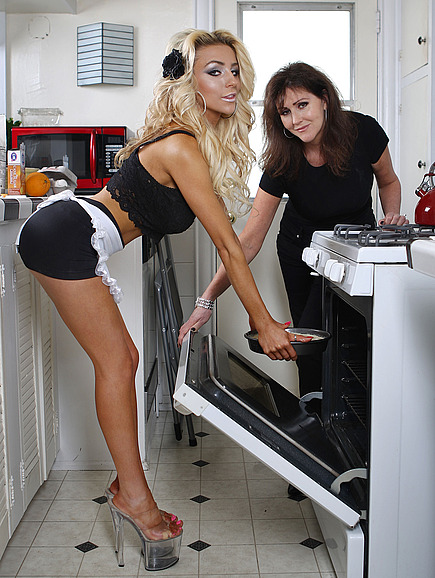