Teen Bride Courtney Stodden Out For A Jog In LA

Courtney Stodden really makes me feel sick to my stomach. She’s a beautiful girl who could probably do something real with her life. Instead, at only 16 years old she’s chosen to get married to a man almost forty years older than her. I have tried really hard to stay non-judgmental about this whole thing but every time I see pictures of her out flaunting her teenage body, I get more and more skeezed out. Is there really no one in her life willing to step in here? Every picture of her is so hyper-sexualized. It’s disgusting. I guess that’s what people want though. As long as people want to see pictures like these, pictures like these will keep emerging. What an incredible shame. Even so, I have to admit they’re a step up from the Santa pictures from a few weeks back. 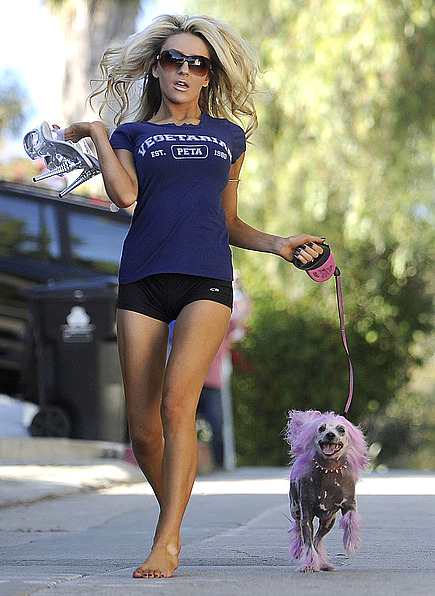