The Voluptuous And Tanned Shauna Sand

Walking, talking Barbie doll Shauna Sand hit the beach in Miami, Florida wearing about the same amount of clothing she would normally wear to a night out at the bar and I guess I’m okay with that. She looks sexy and I guess that’s really all that matters. I will admit I’m not really this voluptuous and tanned Playboy model’s biggest fan, but she has plenty of them so I doubt my lack of appreciation for whatever it is that she does bothers her a whole lot. The woman is a train wreck of the highest order with three marriages under her belt and countless other personal dramas and scandals plaguing her but she’s always willing to throw on some tiny outfit and show off her body, so people still love her. I guess I have to give her props for that. 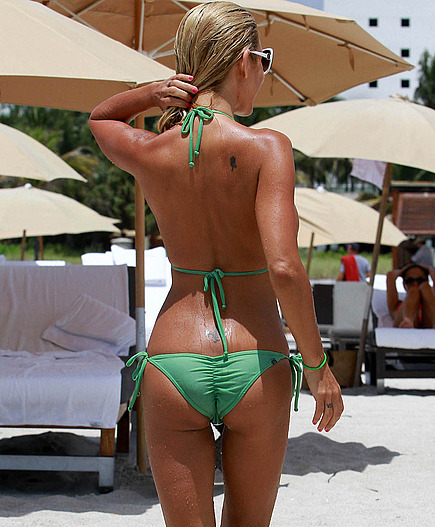