I’m very back and forth on Vanessa Hudgens. My problem with her is that I really don’t think she’s anything like the image she sells the public and that always bothers me. She’s the mirror image of Taylor Momsen. I think Momsen’s actually much more innocent than her image would have us believe – Vanessa Hudgens public image sweet. I think Vanessa is much more like Taylor’s public image in her real life. I think she’s a wild girl and that’s more or less confirmed by many of the sources close to her. Then again, in the Hollywood gossip game, it’s hard to say which sources you can believe. Maybe she’s as sweet and innocent as a newborn baby. I’m guessing that isn’t the case though. Call it a hunch. 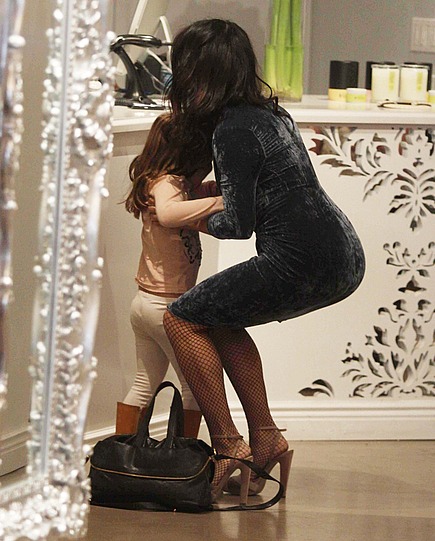