Hey look – Vanessa Hudgens in her underwear. That’s something we’ve never seen before, right? Ah, I can’t hate on the girl. I actually feel pretty bad for her now that her name is pretty much synonymous with naked pictures leaking. To be fair, I actually sort of prefer Vanessa with her clothes on. There’s something to be said for leaving something to the imagination. In these pictures from her recent Candies photo shoot, Vanessa manages to straddle the line between sexy and adorable – something not many people can pull off. I think I like Vanessa more and more each time I see a new batch of pictures of her and hey, let’s be fair – ‘Sucker Punch’ was actually pretty awesome and she looked hot as holy hell in it. I’ve decided that after this post, I won’t be mentioning the naked pictures anymore… until more leak, of course and I’m sure that day isn’t very far off. Poor ‘Nessa. 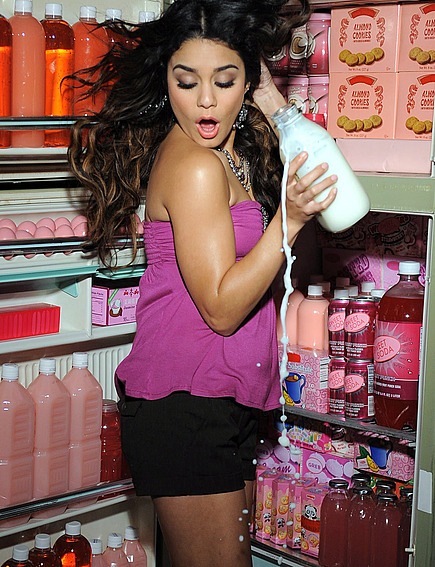