Before I get to the post, I want to share something. Sometimes I get a little information with the photos I’m given to write about. This was one of those times. The info referred to Zahia Dehar’s dress as the “that’s what I call see-thru” dress and that made me grin because it is 100% accurate. Now, I’ve only had the opportunity to post about Zahia Dehar once or twice before but boy oh boy do I remember her story. So, the young lady in these photos – ya know, the one who wore pretty much nothing to the opening of her boutique in Paris – is a model but that’s not really what she’s most well known for. No, Zahia is most well known for her part in a massive prostitution scandal in France a few years back. I guess prostitution is legal in France but only when the prostitute is over 18. Since Zahia was only 17 when three men were caught paying her for sex, they found themselves in pretty hot water. The resulting press exposure got Zahia a modeling contract and her own boutique. She has further capitalized on the exposure by posting racy photos on Twitter and wearing dresses like this one. I’ll leave you to draw your own conclusions on this girl but to be honest, I think the dress speaks for itself. 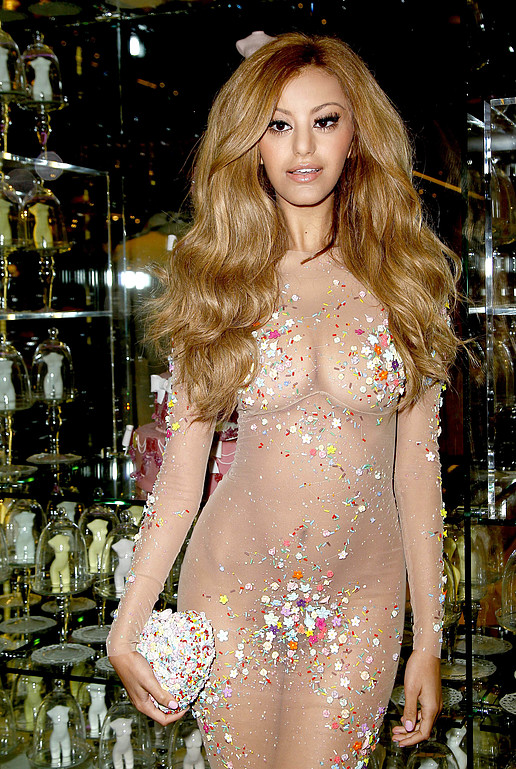 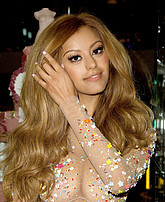 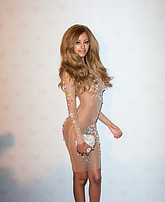 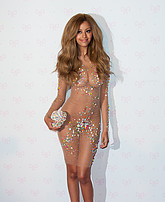 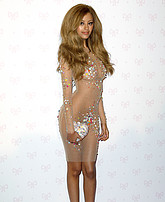 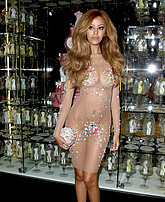 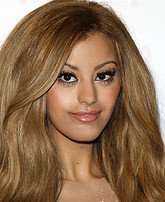 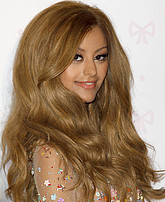 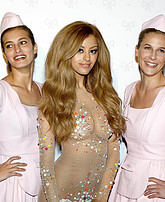 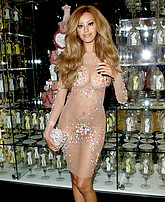 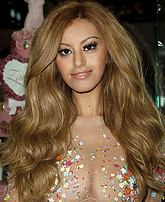 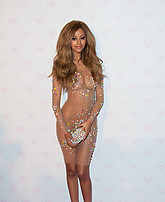 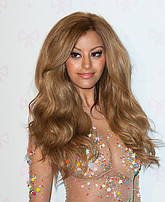