Kristen Bell became a child again when she visited Disneyland in Anaheim. Bell was enjoying her sight-seeing with her boyfriend of over one year, Dax Shephard. Bell and Shepard were flirting and enjoying snatches of intimacy before Shepard noticed a photographer snapping away. Bell revealed in a recent magazine interview that she was looking for roles to play strong women. Shepard had better luck as he has five new movies in the process of getting readied for release. 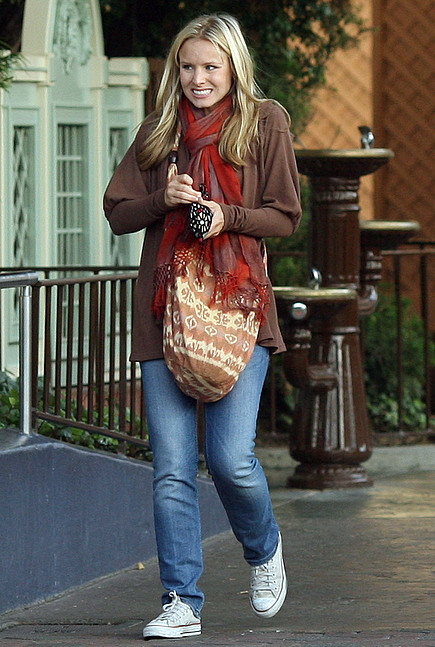