Some people love to hog the limelight and some do not. Whitney Port certainly does the right things and is in a great position in life but e simply don’t get to see too much of her except her MTV shows, lately The City. She’s dabbled around with other things too but remains to evade mainstream attention. She has often mentioned she’d like to keep her life private. These images of Whitney Port in Miami are certainly one of a kind because where else would you find this private girl doing a bikini stunt. This is one you have to grant to the shutterbugs, they certainly find everything they want. Click on more to see the full picture gallery. 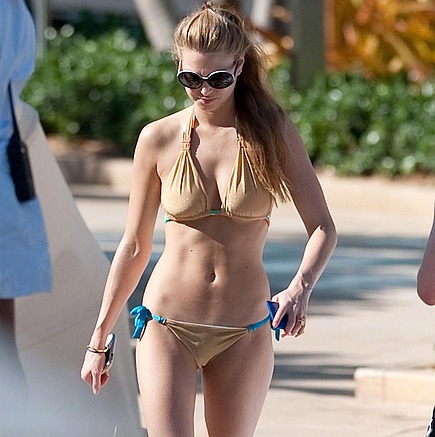