The photos showed Georgina Baillie as she left the RTE Studios for “The Late Late show” in Dublin. Georgina Baillie, a model and soft porn actress, has become world famous after her name was mentioned by Russell Brand and Jonathan Ross in a BBC radio show. Russell Brand telephoned Baillie’s grandfather, Andrew Sachs, and left several phone messages saying how he had sex with his granddaughter Georgina. The radio show caused a public scandal and Brand resigned while Ross was suspended. Baillie has become almost a household name by now. She looked beautiful here with her makeup looking like a sexy siren. 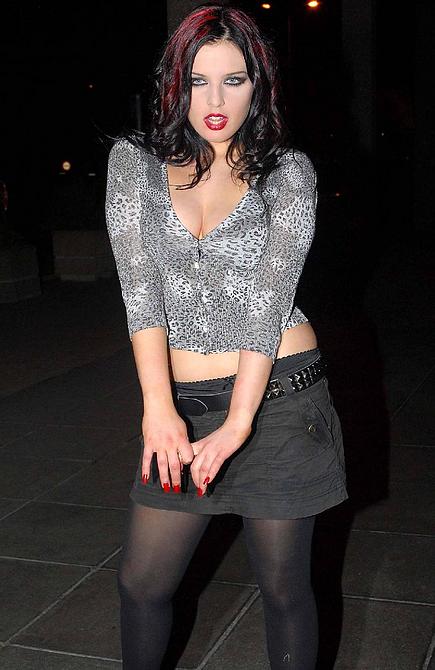