Leona Lewis was in Germany for the presentation of the Bambi Awards 2008. The X Factor winner was attired in a seductive, off the shoulder dress and showed some skin. Lewis accessorized it with a big bow on her hair band. Lewis showed her appreciation for her award by kissing it. Lewis would be returning to L.A. to continue with her recording. Lewis has met Tyrese and they were snapped in a friendly hug. The gossip is buzzing around Lewis and what would be the consequences when her longtime boyfriend, Lou Al-Chamaa finds out. 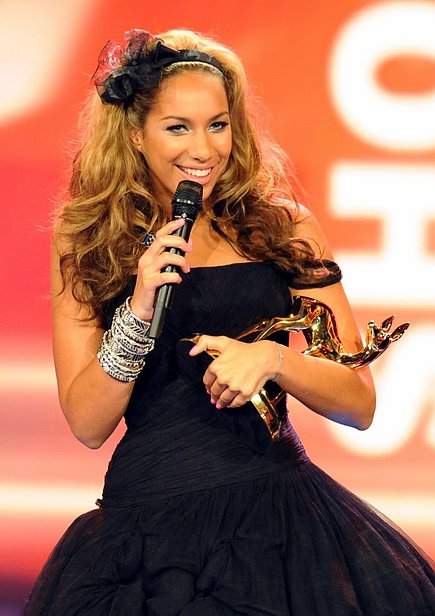