Oh to be the girlfriend of George Clooney. You have to spend you time on yachts wearing bikinis and enjoying the sun. Gee, I can’t even imagine how hard that must be. There are rumors that Elisabetta, an actress who until now only really had bit parts in movies, may be the girl Clooney finally settles down with. We might ever see George and Elisabetta walk down the isle because, well, that just isn’t George’s style, but many are saying George is with Elisabetta for the long haul and one has to imagine Canalis isn’t going to be taking off on George any time soon. Has the serial dater finally settles down and found himself a woman he can stay with? Only time will tell, but if the rumors are right, the answer is yes. 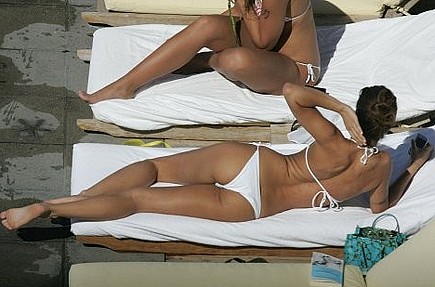