Imogen Thomas Works Out In London

I always wonder what the deal is with these public workouts. Here in London, an apparently chilly Imogen Thomas gets in a quick workout in front of the cameras snapping away at her every move. Having been on ‘Big Brother’ she’s probably used to all the cameras to start with. Now that news has broken that she has an affair with married footballer, Ryan Giggs, she seems poised to deal with even more cameras following her around. I’m sure that wasn’t her motivation when getting involved with Ryan at all. Am I being sarcastic? I don’t even know anymore. It seems that there are so many women out there who are willing to do that, it’s hard not to paint them all with the same brush. I’m going to give Imogen the benefit of the doubt, though. Why? I guess I’m just having a good day. 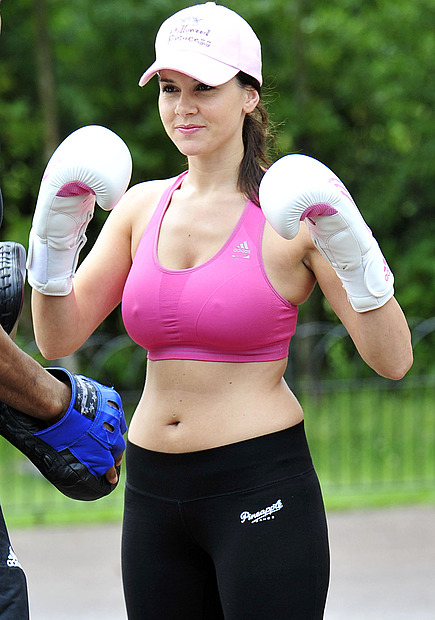