You have to hand it to “Big Brother UK” alum Aisleyne Horgan Wallace. She definitely knows how to keep people talking about her. While some of her contemporaries fade into the background as soon as the show is over, Aisleyne flaunts her sexy body every chance she gets to stay relevant and keep her name out there. This bikini photoshoot will definitely help. I don’t really care for Aisleyne as a celebrity but only because I’m never a big fan of people who’s main claim to fame is reality television. Although there are a few exceptions, Aisleyne isn’t one of them. With that said, I like the way this girl looks in a bikini. She has a little meat on her bones. I’m tired of seeing stick thin models and actresses hitting the beach because that’s just not how most real women look. Granted, Horgan Wallace is still more attractive in her swimsuit than most women would be but at least she looks a little more realistic. I definitely appreciate that. 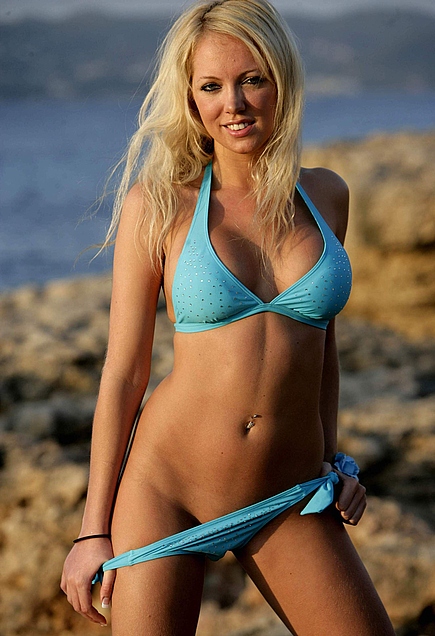