Kim Kardashian Pumps Her Own Gas?

Color me shocked. I took Kim Kardashian for the type of girl that would have an assistant hired just to pump her own gas, but here she is; filling up on her own. Who knew? I still wouldn’t say she’s one of the more down to earth celebs out there. I’d be more inclined to believe she is between assistants or her gas pumping assistant called in sick. Okay, so that’s probably not true. Maybe I misjudged Ms. Kardashian. I guess I’ll give her the benefit of the doubt. She is my favorite Kardashian sister after all. I mean, that’s really not a huge feather in her cap considering who the other sisters are, but hey – it’s something. The greatest thing about these pictures isn’t that she’s filling up like the rest of us do but that such an act means she has to get out of her car. Why is that such a good thing? Because it gives us the chance to stare at that famous bottom of hers. 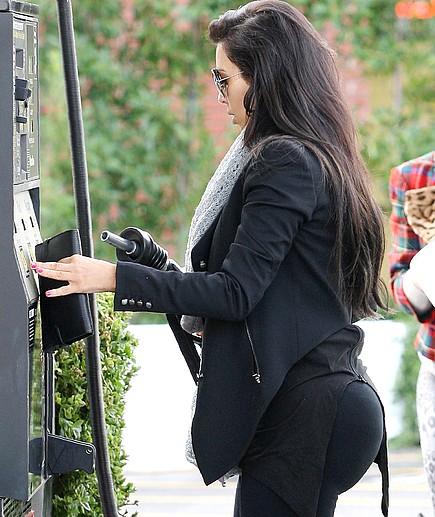