One has to hand it to Stephanie Seymour. The lady still looks terrific in a bikini. In these new bikini shots taken while on holiday with her family in St. Barts, Stephanie looks incredible. This 43 year old stunner took a little heat not too long ago about being perhaps a little too affectionate with her son but that was then and this is now. In all likelihood it was a lot of drama about nothing anyway. I’ve been a Stephanie Seymour fan since way back in the early-mid nineties when she was with Axl Rose but to be honest, I lost track of her for a while. It’s nice to get to see more of her again and it’s definitely nice to see she hasn’t lost her charm. She’s a strong, confident woman and that shows. She looks like she’s having a great holiday relaxing with her family. 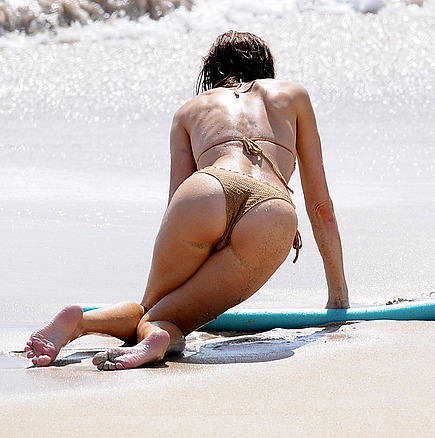