When last I spoke of Taylor Momsen I said she was looking almost normal. I had high hopes when I saw her name come up again. I hoped for maybe a pair of jeans and a tank top or hey, even just a skirt with a hemline lower than mid-thigh. I opened this photo set and rolled my eyes. Again with the lingerie on stage. Again with the underwear showing. Again with the raccoon eyes. It’s all getting a bit old now, isn’t it? It isn’t shocking anymore. It’s boring. Her performance at the VIP Room in Paris show more of the same old Taylor. Shock us all, Taylor! Make our jaws drop! Put on some real clothes, wash off the Courtney Love makeup and act your age. Now that would be shocking. 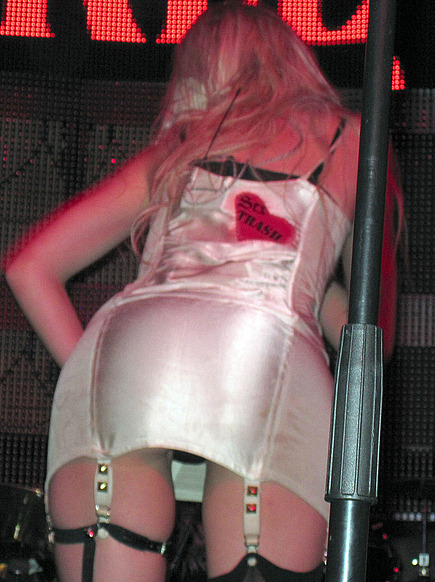