I hate to be inconsistent but I’ve been an Ali Larter fan since I saw her in ‘Final Destination’ and as much as it pains me to admit it, I’m really not feeling this set of pictures. Normally, I like candids like these ones of Ali shopping in West Hollywood, California, but something about these particular pictures just leaves me feeling kind of bored. Ali Larter is a gorgeous woman and a talented actress but these are far from the nicest pictures I’ve seen of her. I do like the fact that she’s clearly a woman who is comfortable with herself and doesn’t feel the need to spend an hour or two on her makeup before she goes out to run errands, but I still just feel a little bored with the set. I’m sure I’ll like the next ones more. 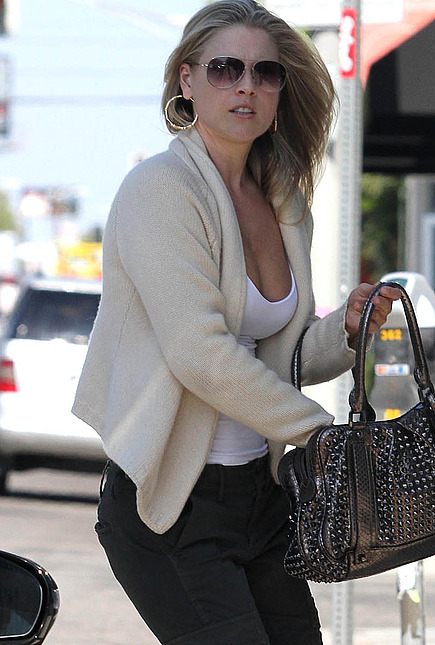