The Amanda Holden we all know and love from Britain’s Got Talent looks a bit dangerous on the streets of Los Angeles. She might be practicing her moves, but she certainly wanted to point out that huge bruise on her upper right arm. Wonder how it got there? Is that why she is practicing karate? Whatever the case, she looks hot in her black stretch pants, tank top, and red bandana.
Oh, you may also know Amanda from her role as Sarah Trevanion on the series Wild at Heart in 2006 to 2008 or recently as Lizzie the Ring Mistress in the series Big Top in 2009. 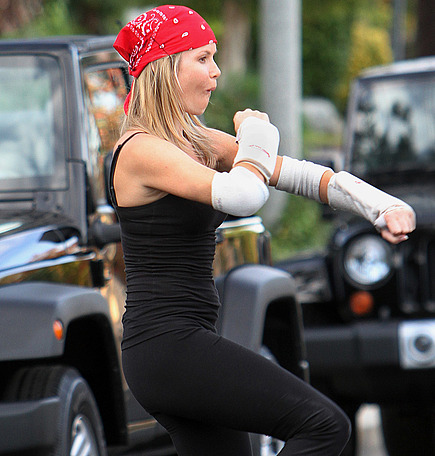