Carrie Underwood performed at the Grammy Awards dressed in a gold colored attire. Her outfit was modest but she made her classy presence felt on stage. The beautiful Ms Underwood revealed she would be flying somewhere on Valentine’s Day. Underwood’s present boyfriend is supposedly Mike Fisher, Ottawa Senators hockey player. Underwood said she did not date anyone in high school. Ryan Seacrest interviewed her and Underwood gave him a friendly peek on his right cheek. 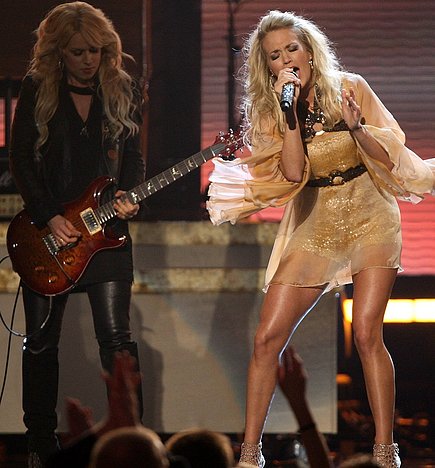