Megan Fox was at the GQ Men of the Year party in L.A. She gave a short interview to the press where she gushed praises about the President Elect, Barack Obama. Fox said she thought Obama was sexy, smart, slim, and a host of other superlative good qualities. Well, Megan Fox has a bunch of beautiful superlatives in her cocktail dress too. Fox showed off sexy boobs. The crowd lapped up her air kisses. Fox emulated Marilyn Monroe and would be using kisses as one of her signature gestures. 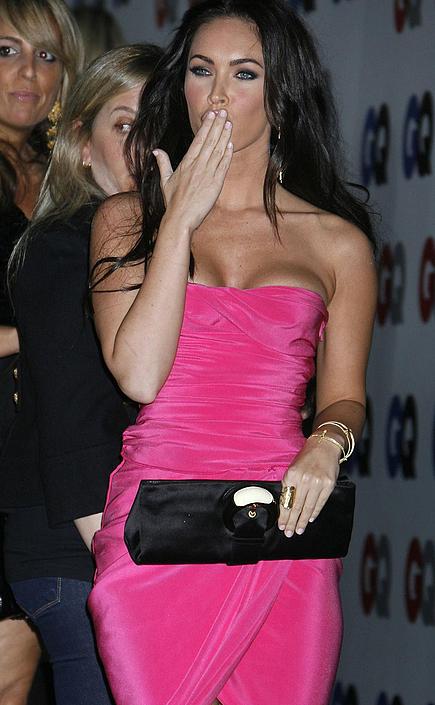