Hilary Swank has always been known more for her talent than her looks, but in these photos she shows she definitely has potential to be a bombshell. While most of her acting roles, most obviously in ‘Boys Don’t Cry’ and ‘Million Dollar Baby’, have put her in more of the tom-boy, butch category, Swank could easily pull off the femme fatale role you would expect to see Angelina Joli play. There was a time no one would’ve been able to imagine Hilary in a shiny, black cutout suit, but that time is long gone. Hilary is one of the few mega-talented Hollywood actresses that can also be mega-sexy when she puts her mind too it. 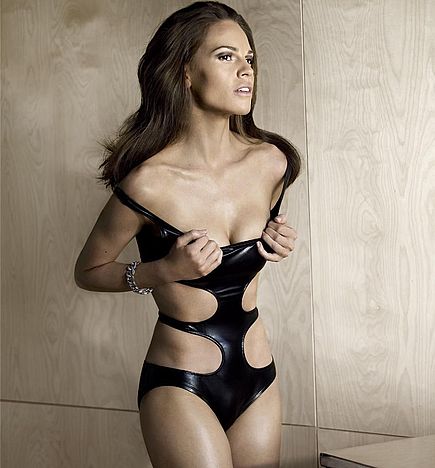