I recently wrote a post about Ashley Tisdale in which I discussed the lack of, well, anything I felt toward her and talked about how that’s starting to change. This is the second set of pictures I’ve been giving from roughly the same period of time and these ones seal the deal. I’m a fan. As she dressed and undresses poolside, I get the impression that Ashley is just being a normal girl, spending the day poolside for a little relaxation. She doesn’t seem terribly concerned about the cameras snapping ever move she makes and I definitely find that appealing. I wouldn’t say she’s my favorite but I definitely like her a lot more now than I did a few short months ago. 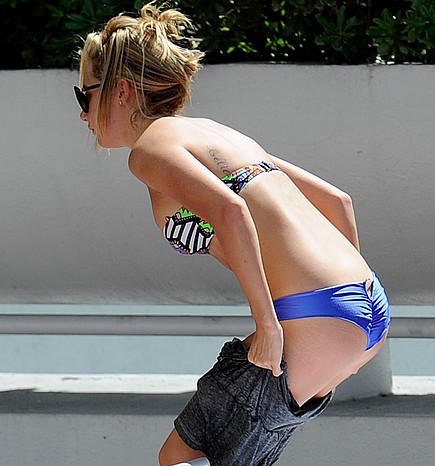