First, I love that there is a club in West Hollywood called Pink Taco. In the words of my hero, Tina Fey, “I want to go to there.” Totally beside the point, I know, but I felt it needed to be commented on. So, back to the subject at hand. In these photos, we see “90210” star Shenae Grimes leaving Pink Taco in West Hollywood with boyfriend, male model Josh Beech. I love these photos. These two seem to have such a great time together. I have to cop to being a little disappointed though. At first glance, I thought the man in the photos was Tom Payne and while I couldn’t understand why he was with Shenae I was excited to have the chance to write about him. Ah well. I suppose I got to write about him anyway, didn’t I? Love that guy. Anyway, that isn’t him but hey, Josh is still pretty cute and Shenae looks as gorgeous as ever. I can’t help smiling when I look at these photos. Made my whole morning. 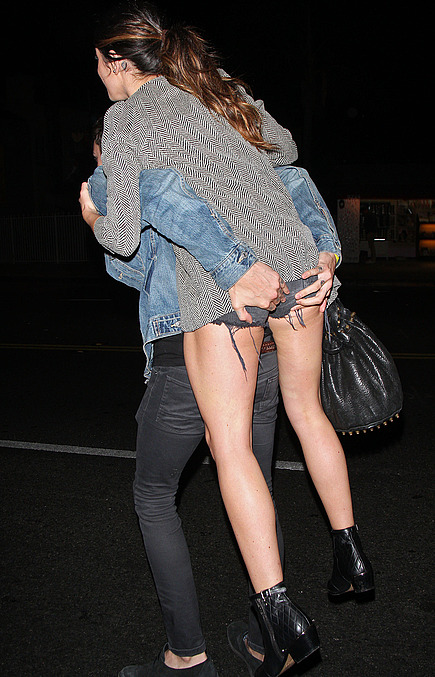