The Dutch-Frisian model Doutzen Kroes projected gorgeously on yacht for a photo shoot in Cannes. Vouge.com’s 2005 model of the year is looking so sexy in her outfits including the red dress that was in total contrast of her complexion. As one of the successful models in the world, Doutzen also became a cover girl of various known magazine like Time and Vogue to name a few. Just recently, Doutzen Kroes received a Lifetime Achievement Award in Amsterdam, and became one of the newest angels of Victoria’s Secret. As a new Victoria’s Secret angel, Doutzen works with Adriana Lima for her first campaign “Supermodel Obsession”. 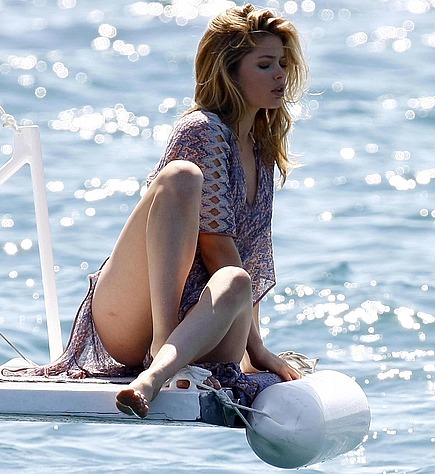