Nicole Scherzinger On London’s ‘This Morning’

Nicole Scherzinger is my favorite Pussycat Doll. I can say this with absolute certainty. She’s a complete babe, but she also has the vocal talent to make her worth paying attention to. Shown here performing on ‘This Morning’, a tv show in London, Scherzinger, manages the tricky task of looking sexy without looking slutty. She gets bonus points for singing with the lovely and talented Enrique Iglesias. While Nicole’s solo career hasn’t exactly taken off, but I think in time, we’ll see her shine on her own. Her name is out there, especially due to her Dancing With the Stars win a few seasons back, which many people believe was the biggest problem with her first attempt at a solo album. She was just that girl from the Pussycat Dolls. Now the name Nicole Scherzinger is much bigger and more well known than it once was. Time to try again, lady! 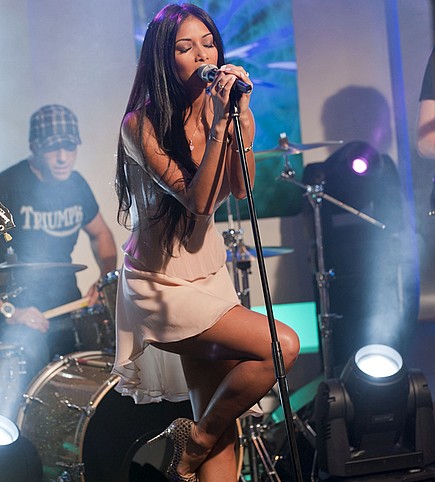