If you’ve been living under a rock and somehow managed to miss the David Arquette/Courtney Cox-Arquette divorce drama, you might not know who Jasmine Waltz is. Let me fill you in. Jasmine Waltz is the gorgeous, albeit slightly skeezy, woman that David slept with shortly after he and Courtney separated. He slept with her then he confessed to sleeping with her to Howard Stern. One can’t help but wonder if he might have been bragging – at least a little bit – considering this babe is on fire! David Arquette makes no secret of the fact that he’s kind of a geeky, unattractive guy but really that’s his greatest appeal. Clearly it’s working. Courtney Cox is a babe in her own right and now Jasmine? This guy has to be doing something right. 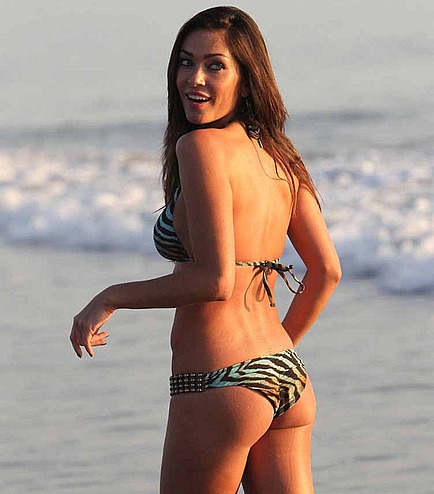